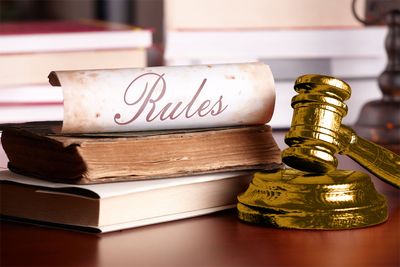 A sudden crisis at the workplace—a financial shock or a scandal of some sort—can be devastating for a company. Even worse is going through a crisis without any type of plan in place or rules to follow. When a crisis arises, the time it takes to respond can have a huge impact on the outcome. Having a plan in place is the best insurance you can have to protect your company from unexpected events. Creating guidelines and a framework for handling the most common problems to arise can save a company’s image, or even the company itself. Here are a couple of golden rules to follow when developing a plan to minimize the detrimental effects of a crisis.

Human resources departments need to be on top of company staffing levels at all times, so that the staff is adequate for company needs, but isn’t so large that it compromises the company’s financial health. When a company shows the first signs of being unprofitable, it’s up to human resources to lead the reevaluation process to see where the workforce can be cut. This can be one of HR’s biggest, and knowing how to respond appropriately will save time and money.

In the moment of a crisis, quick action may be needed to immediately reduce costs. This is generally true, but in order to do this efficiently, you must have a long-term plan in place. One important golden rule to follow is to always think of the long-term effects of staffing decisions. When your company comprises several hundred or even thousands of jobs, it’s imperative to know which jobs are critical and which can be combined or eradicated altogether to save the company money. It may sound harsh, but in times of economic uncertainty, being able to reduce costs quickly and effectively can save a company from disaster.

A recent survey conducted by the Boston Consulting Group surveyed 883 managers to show which HR measures are applied in a time of crisis. Some 69% of respondents identified cutting back on recruiting as the number one approach. Following in a close second was letting go of full-time employees. In recent news, gaming conglomerate Zynga let go of a large percentage of their staff in order to save the company from declining profits. You need to be ready ahead of time to implement this type of strategy in order keep things streamlined and efficient when letting go of staff.

So the first golden rule to follow in an HR crisis is to think long-term. Acting in the moment and cutting crucial positions without a second thought or terminating too many employees can have the opposite effect and send the company in another tailspin.  Then, you’ll have to scramble to rehire—something a human resources department never wants to go through. So, next time you find yourself in crisis make sure to think about what is may happen next and prepare a long-term strategy instead of trying to apply any quick fixes.

When I was younger I was always told to ‘>tell the truth no matter what. Our second golden rule is to do just that. If you’re trying to cover something up in a time of crisis it’s only going to get worse when the truth gets out. Focusing on being a trustworthy company and building personal relationships will do nothing but good for your company’s image.

Our second golden rule is to ‘>have a good spokesperson to tell your message. This person must be accessible and ready at all times to step up. It has to be someone who shows integrity and compassion, and is able to connect with the media. Especially in a time of crisis, you need someone who can present the perfect image for your company.

Dealing with a crisis doesn’t have to be the end of the world. With these golden rules in place, you’ll be able to handle any type of situation that arises. Having a solid long-term strategy in place for when issues do arise, and a good spokesperson who’s prepared to tell the truth no matter what will help your company weather any storm, to not only survive but even thrive after the crisis has passed.