The Best Career Advice I’ve Ever Been Given 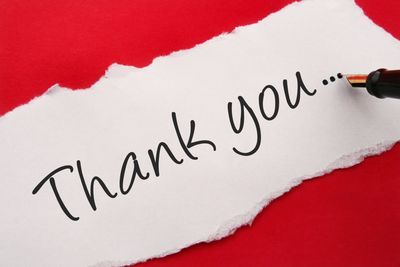 One of the worst nightmares for an HR person is when people start to leave the company in groups. I have experienced this phenomenon three times in my career. In one of the companies I worked for the turnover rate reached almost 50%! I’ve been in situations when competitive companies poached the entire division, from the manager to the newly-hired Junior programmer, leaving us with a project but no team to develop it.

When I was at one of my previous companies, almost every day people were coming into my office to submit their resignations. Exit interviews were showing excellent relationships with direct managers, and there was good feedback about the general working environment and career opportunities. The other thing they had in common was the reason for their resignation: low pay.

I started discussions with management and things were not changing. Releases needed to be postponed because we ran out of testers. Things were crazy!

Listen to smart people – they give good advice!

Luckily, I attended a management training session around that time, and I submitted my dilemma to the trainer: how do I explain to management that we have an issue with the pay level, and that high turnover is not good for the company and its projects? The first question the trainer asked is how I had presented the situation to my managers.

I told him that my approach was that it’s bad PR for the recruiting market and this makes it more difficult to find suitable candidates; morale drops off when you have colleagues who are constantly leaving; newly-hired candidates need a training period and we can’t use them quickly enough to keep the projects going, and so on.

He listened carefully and his answer was blunt: “I would not make changes either if I were in their shoes. All of the things you have mentioned sound like emotional reasons and I am a businessperson. What I understand best is numbers. Translate the turnover into money loss and they will listen.” I did just that when I got back home. And it worked! I submitted my analysis to management, they made the requested changes, and things got back to normal.

Let the numbers do the talking.

This lesson taught me a method that I’ve used many times since then to implement HR projects with results that are hard to measure.  It’s worked every time and now, as a manager, I can understand better the business impact of my department on the company as a whole.

Here is a concrete example of how my math worked.

We have already trained a new hire who is now involved in production, and who we pay $3,000 per month as total cost. The annual cost of his salary would be a lump sum of $36,000. He is already trained and productive, but he resigns and we need to replace him. I have assumed (using the exit interview feed-back) that he would have stayed with the company for an extra $600 per month. This would have raised the total cost to $43,200, or an extra $7,200 per year.

If we hire another person as a replacement, we might be able to pay him $2,100 in the beginning, but we would get nothing in return right away, since he would need a training period of 1 month. After that, he’d start on very small tasks and maybe—if we’re lucky and we made a good decision in hiring him—in 6 months he’ll be as productive as the one who resigned.

During this period, the new hire is asking a lot of questions, interrupting everyone in the team and lowering the general productivity. If we assume per month the new hire’s productivity level as: 0% the first month, 10% the second month, 20% the third, 50% the fourth, 80% the fifth, and 100% the sixth, we can calculate the company’s loss like this:

If we add on top of this the recruiting costs (at least $500) and 10% less productivity from the team leader, who usually trains new hires (at least $500/month if we assume a $5,000 total monthly cost for the team leader), the costs for technical interviews, the bad PR that reflects in lower candidate quality (and so a longer recruitment process or a longer training period), and a higher workload for the existing team plus overtime pay.

Always consider what the other person wants to hear.

Something I have not included in my math is the team’s performance when it’s constantly in flux. Remember Tuckman’s forming, storming, norming, and performing stages in the life of a team? A group of people whose members are constantly changing will never have the 100% possible productivity and performance that we dream of, and turnover also lowers the general spirit of a workplace (which again is reflected in productivity).

This is how I managed to prove that a high level of turnover is a problem that is sometimes overlooked, and many times a salary increase is an investment, not a loss, if we think in the long term. And it is better to prevent problems than to fix them, isn’t it?

This strategy has proven to be a winner every time I’ve needed to implement a new HR project: trainings, benefits, teambuilding exercises, etc.

So, for me, thinking in numbers when I deal with business people was a major changing point in my career, and the moment when I started to become a a much more effective HR manager.

There is a growing gap between the capabilities possessed by job seekers and the skills needed to achieve business success. The right recruiting and assessment tools make it easier to focus on the perfect fit, even for the most complex positions. This whitepaper from iCIMS and eSkill presents five tips to properly assess and hire for hard-to-find skillsets.